Over the past twenty years, the internet and its services have developed without really taking the dimension of time into account. Today, it shows us a “Big Now”, infinitely dense and continually updated. Big data promise us a society where we can anticipate the future, thanks to the calculation power of supercomputers and the huge gathering of data. However, the British referendum on leaving the European Union and the American presidential election defied all their forecasts. Deprived of a long-term perspective, examining nothing but the fluctuations of the present, algorithmic prediction displays its intrinsic limits. Without the past, the present is naked. The dimension of time can no longer be ignored. The present – digital, intense, and documented down to the second – is already the archive of its own future. In 50 years, Facebook, if it still exists, will document the lives of millions of deceased people. In 50 years, Google, if it still exists, will be above all an archive of the Internet, of territorial evolution and of our personal writings. Mediators of our daily interactions today, they will tomorrow become depositories of our irreversibly privatised heritage. Do we really want that? Do they want that themselves?

The second Internet revolution begins now, with the predicted demise of the current search engines and the introduction of new means of indexing information. The challenge is to be able to move through time, as easily as we already do with space, and to use the volume of data from the past to look into the future. It is not simply a question of recording the state of our machine world for a few years, but of building a bridge across the great gulf that separates the era of globalised information from previous, pre-computer eras. Progress made in robotics, artificial intelligence, electronics and physics allows us for the first time to envisage a European-level infrastructure for digitalising, analysing, and rebuilding our thousand-year-old heritage. There are kilometres of archives to analyse, billions of pages to transcribe, hundreds of towns to model like so many nodes of the vast exchange network that makes up our collective history. The scientific challenges that need to be resolved in order to mobilise these data strike at the heart of a profound transformation of information technology. For Europe, the question is now about creating not just a collective cultural heritage, made up of the “big data of the past”, but also a technological heritage, which will guarantee that it continues to build this communal resource in a free and open manner.

The big data of the past

Europe is today best-placed to achieve a space-time shift of the internet. It has the expertise to assemble an international community of researchers around a new kind of machine, a CERN of space-time data. This machine, organised around a multi-level structure which takes account of the 4 dimensions of space and time, will allow the development of new methods to calculate, simulate and predict. In a continuation of the vast programme of heritage digitalisation which is already underway in Europe, it will allow the organisation of a continued expansion of our digital past. The past, when reorganised in the form of ever-more-interconnected information systems, will document not just our cultural heritage, but also our economic, scientific and technological legacies. This constant source of new knowledge will be an economic motor, giving rise to new professions, new services, new products. The consequences will be organised along three axes: quick access to a hitherto ignored mass of documents; the modelling of space-time phenomena on a large scale; the structuring and exploitation of a vast virtual domain produced by simulation techniques.

Accessing documents from the past

What would the world look like if documents from the past were just as easily accessible as documents from the present? For the first time, thanks to a new breed of search engines, it will be possible to find all the documents mentioning the name of a person or place in archives potentially covering thousands of years of documentation. Thanks to the massive digitalisation of archives and birth records, we will rebuild not just huge family trees with wide-ranging ramifications, but also the social networks of our ancestors. All the creative trades will find a source of infinite inspiration in the shapes and patterns of the past, which they will be able to consult directly. A simple smartphone will allow you to see what a building looked like 50, 100 or 500 years ago, and will bring back the activities of the street you are standing in, like diving in situ into the history of the place. The experience of the 600 million tourists that visit Europe each year will be transformed.

New models integrating the past

The mass of new data will allow new interpretative models to be built on a superior scale. Epidemiologists will understand the spread of major illnesses differently through the masses of data contained in obituary records. Economists will re-interpret the dynamics of the early centuries of capitalism, the history of growth and crises, and the structuring of financial powers on a European scale. Year after year, month after month, documentation on crops, harvests and livestock conditions will form the basis of new models of climate history. Precise traces of multiple migratory, commercial and artistic movements, consigned to the archives, will be brought back to life in the form of a great modelling of European circulation. All these models will progressively become the tools for our decisions, the basis of our plans, our most precious partners in our predictions for the complexity of the 21st century. This new capacity to consider la longue durée will transform education, health, the economy, justice, industry, the environment and other areas of society.

A territory to inhabit

Finally, more than a mass of documents and a collection of models, the past will also become a new territory to build and inhabit. Simulation technologies and virtual reality will allow complete immersion into vanished places. The progress of artificial intelligence will allow us to infer, based on historical data, the structure of undocumented places, the trajectories of actors, the textures of these immersive simulations. The world of possible pasts will, firstly, be exploited by the entertainment and tourism industries, but it will also have larger cultural consequences. Just like so many other virtual worlds today, existing and buildable, inhabited by millions of users, the territories of the past will be places of intense social and economic activity. They will also be a unique opportunity to bring the past into the present, giving it back an emotional and intimate dimension. Tomorrow, we may all be time travellers, and this will profoundly change our relationship with the present.

An opportunity for Europe

Several prototypes have already been developed on all these fronts. In Venice, a continuous chain of treatment processes is analysing archived documents stretching back over a period of more than 1,000 years, extracting information on people and places, replacing them like trajectories in time and space, and thereby recreating a sort of Facebook of the past. In Amsterdam, 15,000 pages of ancient registers are digitalised every day thanks to industrial logistics methods for the treatment of ancient documents. In Austria, Germany, Spain, France and Greece, researchers are working together to come up with algorithms capable of transcribing handwritten documents. In several Swiss and Belgian cities, the first urban management systems integrating the dimension of time are being developed. All across Europe, virtual reality technologies have already brought hundreds of vanished places back to life. These technological advances can transform Europe’s past into a valuable cultural and economic resource like nothing seen before.

Europe invented the web. The web has become the matrix of a new world. Those who were the first to understand its logic now dominate our world. Thirty years later, the internet’s space-time shift is immersing digital information into a much larger space, and thereby redefining the rules of the game. The crucial decision which will take place in December affects us all. The Time Machine project can give Europe the technology to renew itself – a unique opportunity to build our future based on our collective heritage, and a unique opportunity to find ourselves.

YOU MAY ALSO ENJOY 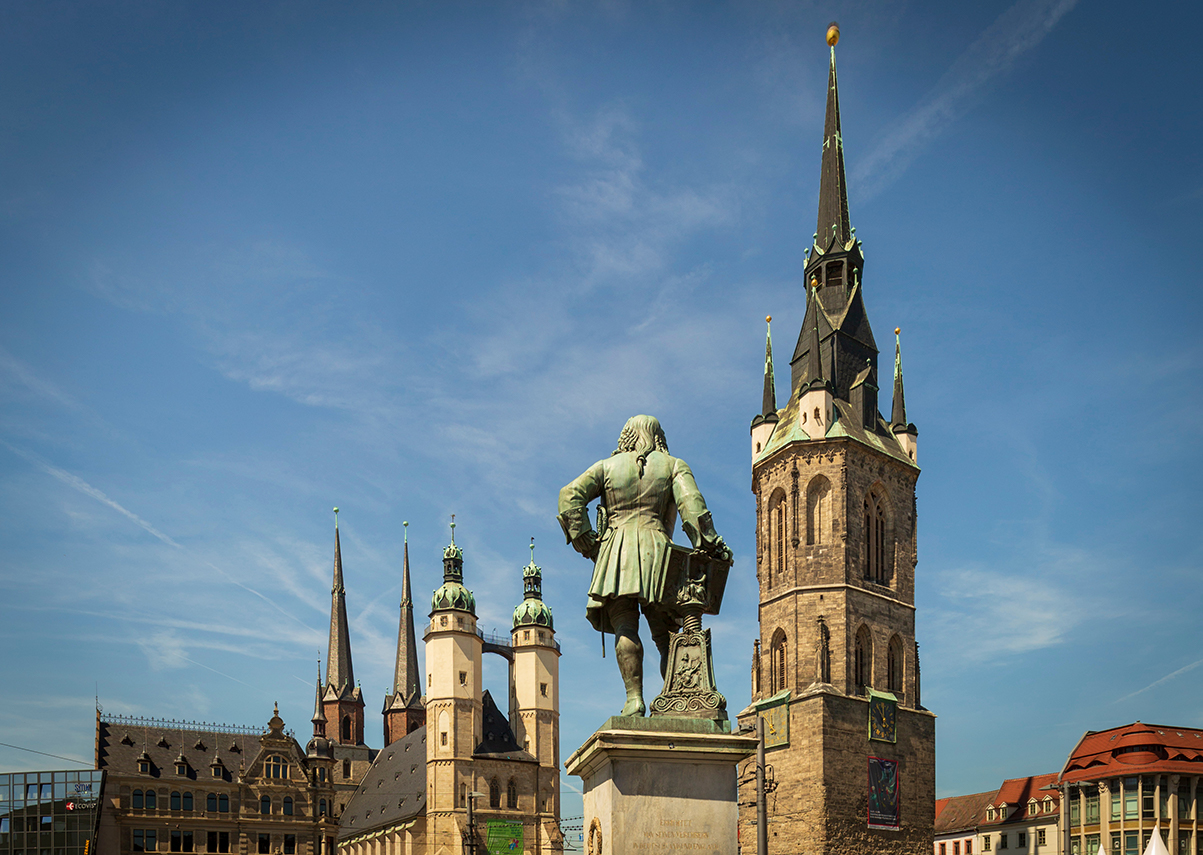 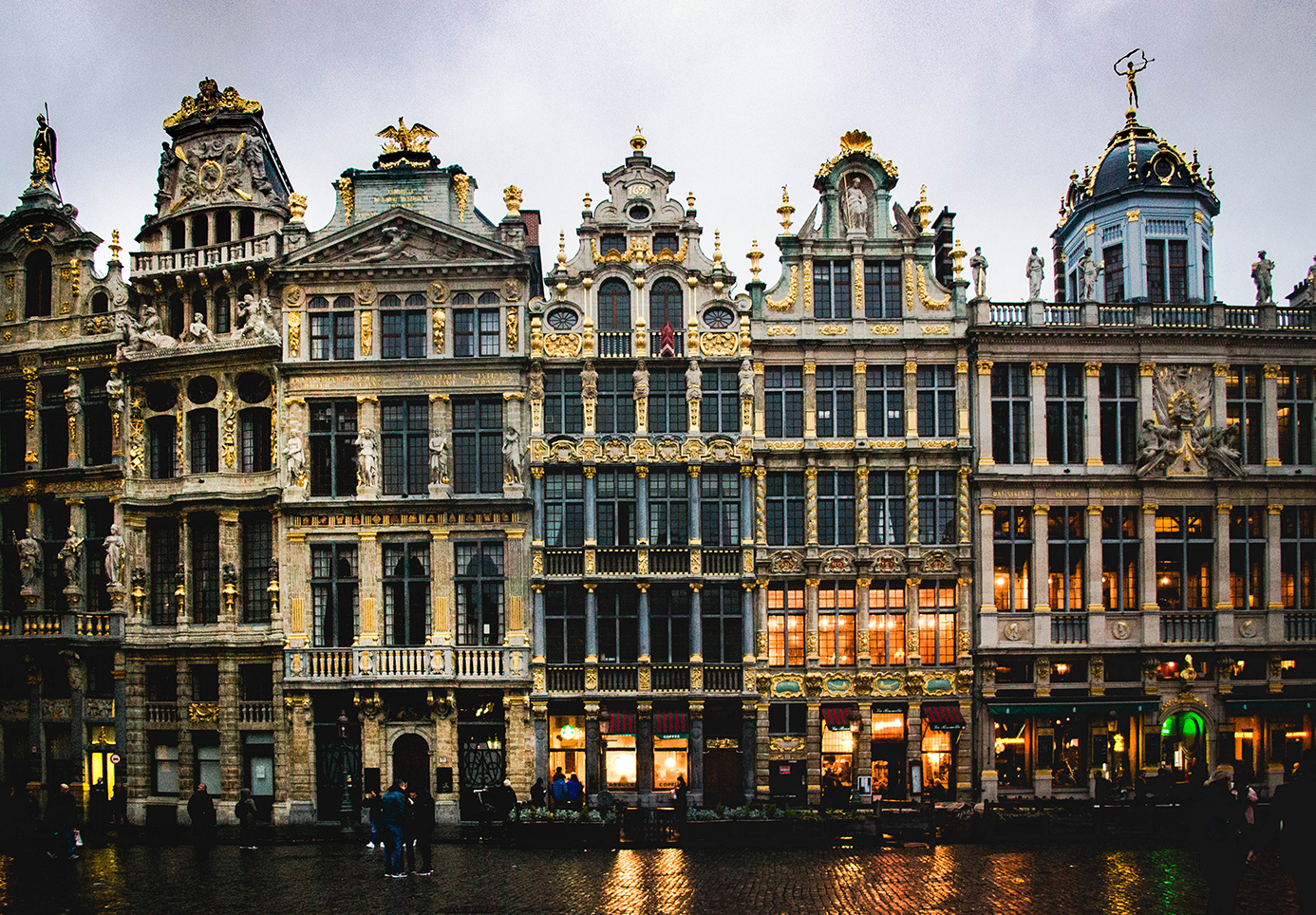 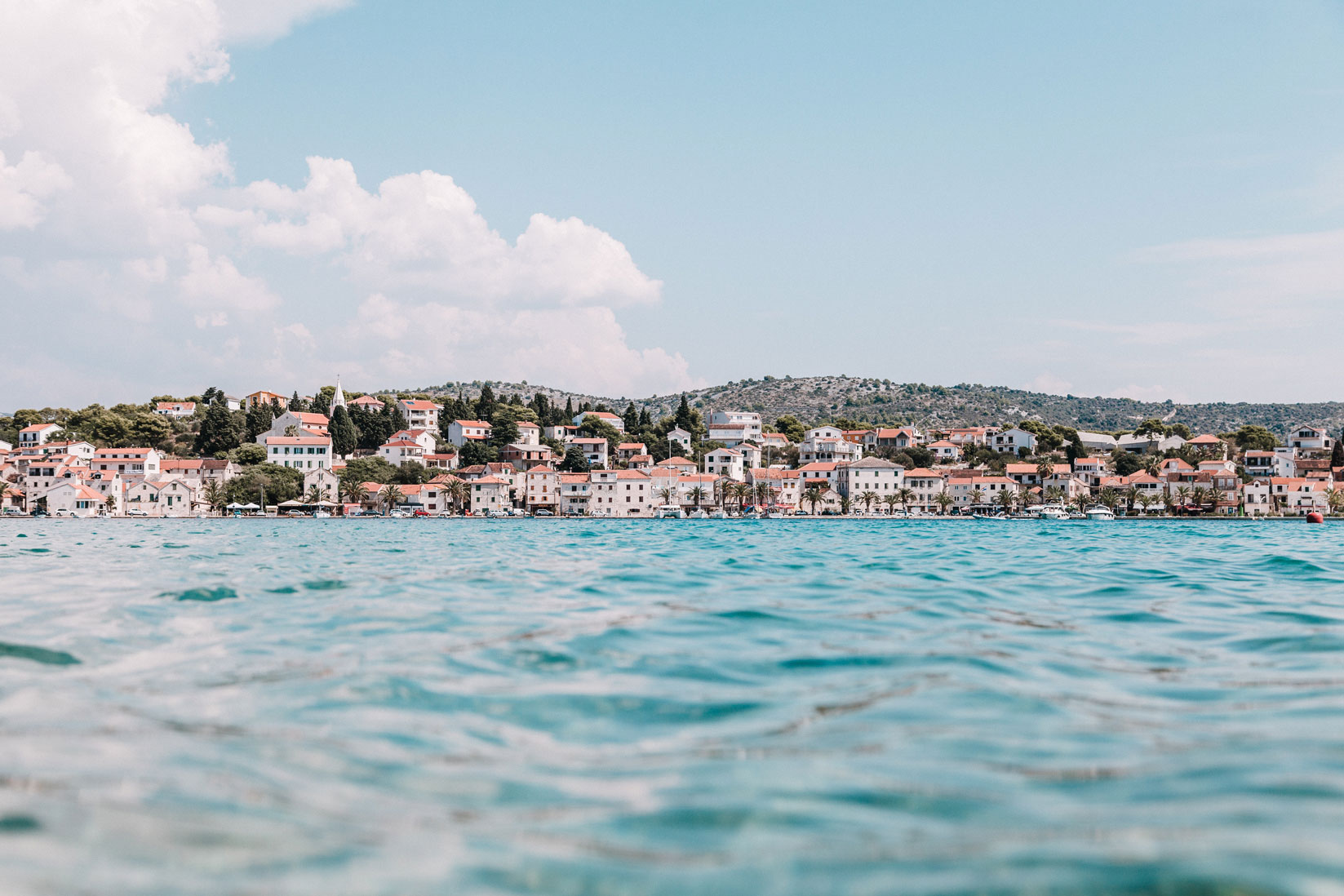 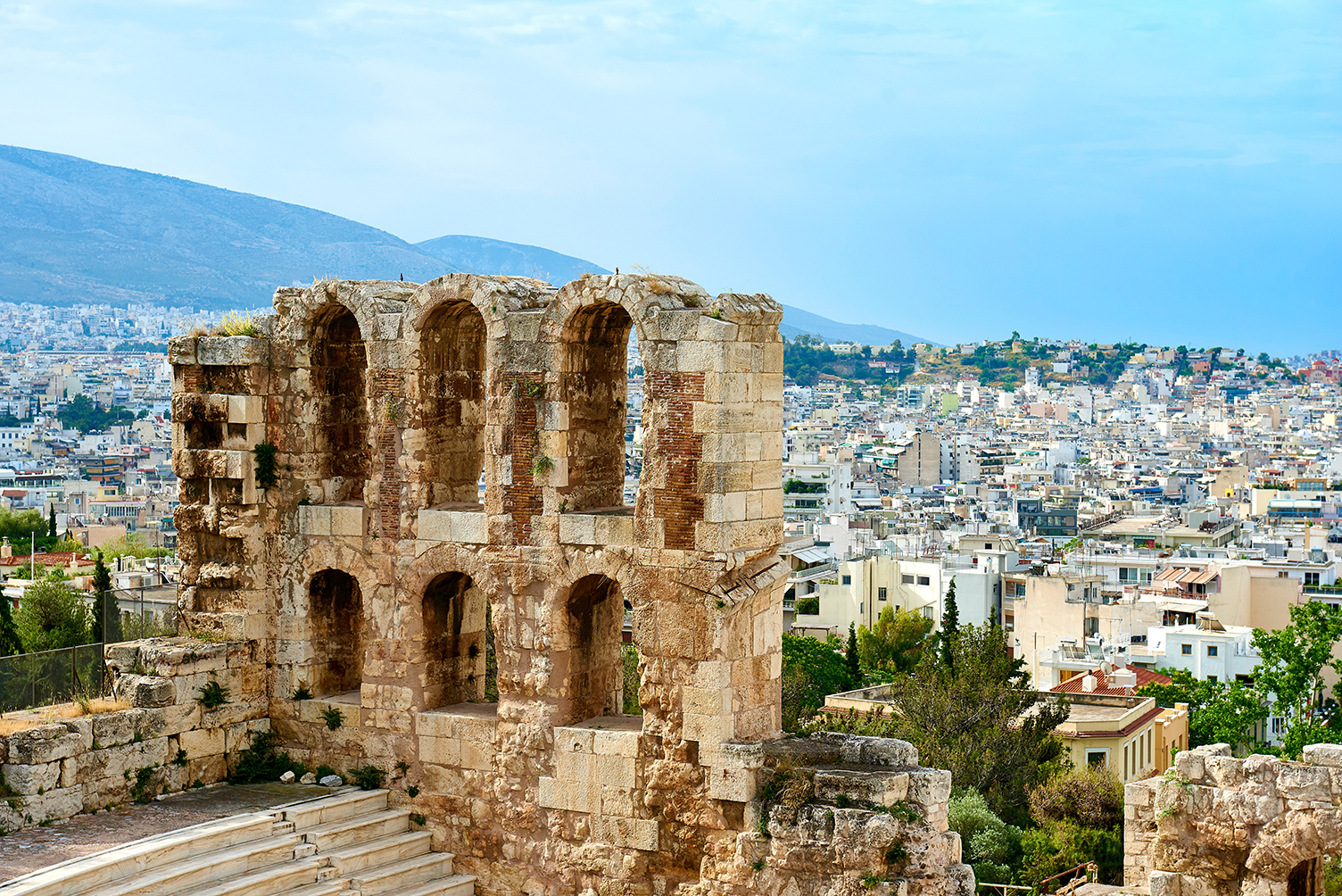 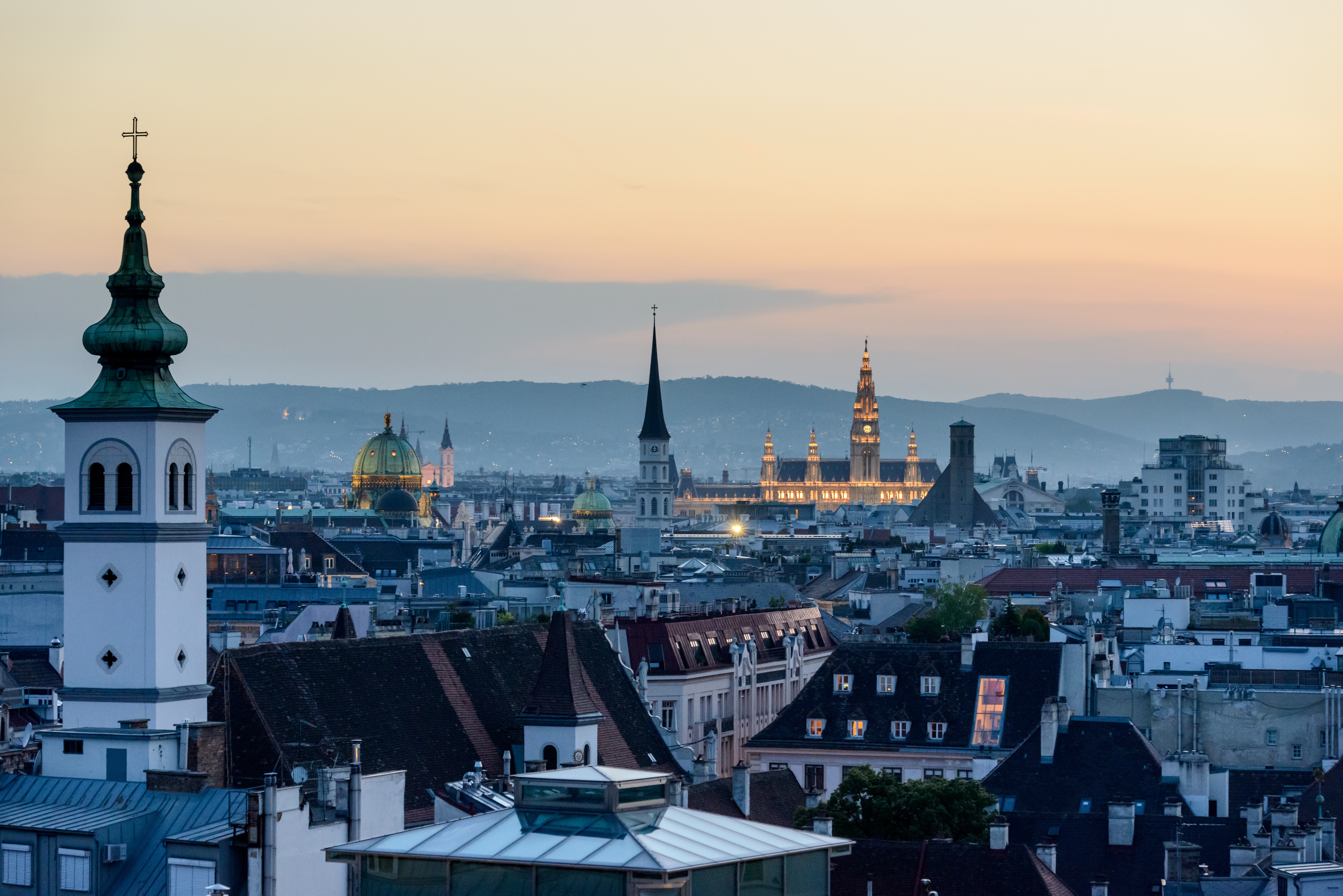 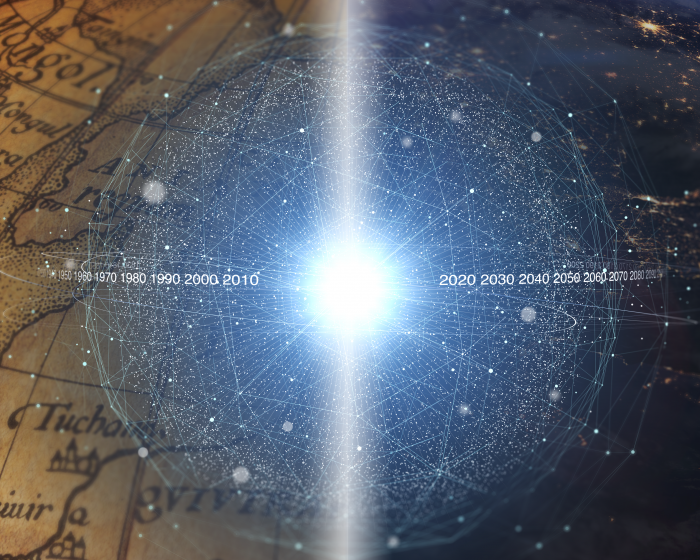 Time Machine Manifesto: Unlock the ambitions of ‘Big Data of the Past” 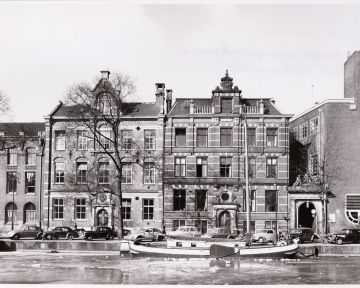 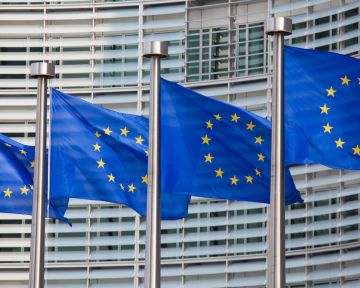 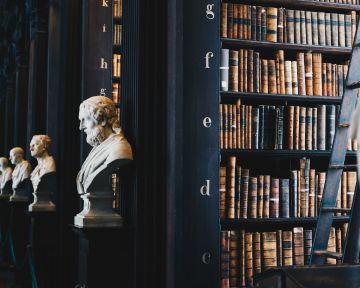 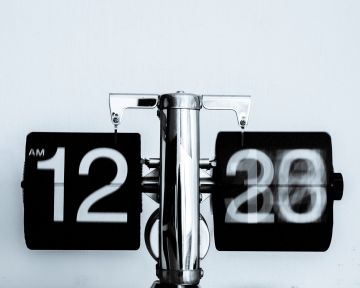