3D Time Travel through the 8500-year history of Izmir 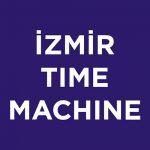 The İzmir Development Agency carries out various projects to research, promote, and revive the historical and cultural heritage of İzmir with a view to contribute in the comprehensive development of the city.

Our project was launched in 2020 and set off with a focus on the archaeological and historical heritage of İzmir city center. The project united academics, researchers, game and web developers, and three-dimensional modeling specialists on a mission to revive the ruined or lost historical heritage in the digital environment.

On our project’s website, it is already possible to get access to data and 3D reconstructions of some of the numerous cultural heritage sites dating back to different eras, which the city of İzmir harbors:

Prior to the discovery of Yeşilova Mound, the earliest settlement in İzmir was estimated to date back 5,000 years. There have been several mounds in Western Anatolia and within the İzmir province that were traced back to the Neolithic Age. However, the discovery of Yeşilova in the city center not only highlighted İzmir as a rare city that has harbored human civilization since ancient times, but also introduced a new link between the Neolithic Age in Near East and Europe.

The Old Smyrna Mound was first inhabited in 3000 B.C. and enjoyed its prime during the Iron Age as a flourishing Greek colony. Located in the modern Bayraklı district of İzmir, the mound contains multiple cultural layers extending from the Early Bronze Age to the Roman Period.

Outgrowing its early settlement in Bayraklı, Smyrna was moved to its new location during the Hellenistic Period. Rapidly developing into a trading hub, the town reached its highlight during the Roman Empire. By the second century CE, Smyrna was a Roman city extending from Kadifekale to Konak, from Eşrefpaşa to Halkapınar, whose remains can be found even in the Çankaya neighborhood of Konak district.

Kemeraltı, one of the largest open-air bazaars in the world, continues to be one of the most important symbols of İzmir for hundreds of years. The region, which has been designated as a trade area since Antiquity, had a very important share in the rise of İzmir as an Ottoman city. Inns, covered bazaars, arastas, mosques, synagogues, warehouse structures, hotels, fountains, coffee houses, restaurants, workshops where all kinds of production were made formed a complex and colorful texture in Kemeraltı.

İzmir quay, which the people of İzmir call ‘Kordon’ today, has been the most important symbol of İzmir since its construction. When it was completed in 1876, it changed the whole face of İzmir and increased the commercial potential of the city exponentially. At the beginning of the 20th century, İzmir had turned into the brightest port city of the Eastern Mediterranean.

İzmir Development Agency, established in 2006, conducts pioneering activities for sustainable development of İzmir. İzmir Development Agency steers its activities under the supervision of Ministry of Industry and Technology of Republic of Turkey. It defines its vision as to become an internationally recognized organization that sets an example in the field of regional policy practices with the knowledge it generates, methods it develops, as well as the original and innovative transformation programs it implements. Its mission is to generate information based on Green and Blue Growth approaches and to develop pioneering, original and exemplary projects for İzmir. Regarding its rich cultural values and historical heritage, İzmir Development Agency steers activities to protect and share them with the national and international community via its activities and products that are developed in an innovative manner and based on high technology. İzmir Time Machine Project, as a good example of these efforts, has begun with the cultural heritages that exist in the current city center of İzmir and leans back to 8500 years. In the years ahead, İzmir Time Machine Project will be further developed to include Bergama (Pergamon) and Ephesus Ancient Cities, both are in the permanent list of UNESCO World Heritage Sites and Birgi, which is in the tentative list of UNESCO World Heritage Sites. The general prospect of the project is to revive all historical heritage of İzmir, which is a multi-layered and rarely comparable one regarding its scope and belongs to various historical periods and civilizations.