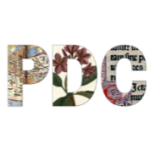 The Library of the Complutense University of Madrid has created since 1995 the largest collection of digitized books in Spanish universities. The objective is to guarantee public access and preserve in the long term the knowledge generated by this University through its bibliographic heritage.
At present, more than 165,000 books have been digitized –145,000 old books and 20,000 doctoral theses. To this are added other collections such as the Digital Press of the Faculty of Information Sciences, documents deposited in the Institutional Archive E-Prints UCM; part of the photographic archive of the Communist Party of Spain; the Rubén Darío Archive; a collection of Japanese prints or the Academy Drawings of the Faculty of Fine Arts.
Many of these documents were digitized by Google Books, a massive digitization project that led to the creation of a large database for the Complutense University, where together with the digital version of the book documentation on the state of preservation of each copy was collected. This made it possible to have important information on valuable specimens and on those that needed urgent action to prevent deterioration. In this sense, the pages of hundreds of books, which had never been opened, were opened to allow their digitization and multiple restorations were made on them.
Today, not only have 76.14% of books prior to 1870 been digitized, but their preservation conditions have improved substantially.

Complutense Digital Heritage (https://patrimoniodigital.ucm.es), from now on PDC, is the new portal for the dissemination of the Complutense digitized bibliographic heritage that  improves the visualization of  the bibliographic heritage and the adaptation to new online image standards, such as the IIIF protocol.
It currently has 94,779 documents, a number that will increase as the collection is updated with new data loads.