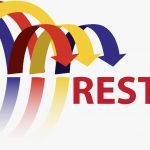 The CNR – OVI institute is currently working on the RESTORE (smaRt accESs TO digital heRitage and mEmory) project <http://restore.ovi.cnr.it/index.html>, started in 2020, lasting over one year from now, co-funded by the Regione Toscana. The CNR – OVI lab has partnered with GLAM (galleries, libraries, archives, museums) institutions and offices of the city of Prato. The RESTORE project focuses on the recovery, integration, accessibility and reuse of digital resources concerning the history of the city of Prato (PO, Italy) and its cultural institutions, the development of its economic and entrepreneurial system, the role of women in the development of the city’s welfare and network.

At the core of the project stands the implementation, through cutting edge science and technology, of a knowledge base to make accessible to citizens, researchers, and cultural heritage professionals interested in exploring the history of the city of Prato valuable resources from the selected partners. The project consortium is composed by Prato’s key cultural and memory Institutes: Archivio di Stato di Prato, Museo di Palazzo Pretorio, Soprintendenza Archivistica e Bibliografica della Toscana, while SPACE SpA (SME) is a technology provider. The CNR – OVI institute is developing a digital platform for the conversion of heterogeneous datasets offered by the project partners into FAIR data, to overcome the existing high level of fragmentation and lack of interoperability of the available digital resources. The GLAM parties involved are linked, mainly, by the means of a cultural patrimony related to the prominent figure of a merchant, Francesco di Marco Datini (1335-1410), who shaped the city of Prato in terms of its financial and cultural prosperity in the second half of the 14th Century. The network represented by Francesco Datini and his milieu is relevant for both the history of the city of Prato and its social tissue, as well as to shed light on the history of economics in modern Europe.

The RESTORE project resources include data and metadata grouped in:

The impact and outreach of the project, based on the contents provided, can be also extended to other study domains, such as:

With a workflow based on the resources actually available, the CNR – OVI institute is taking care of the following operations: data ingestion, data mapping, data modeling and integration, data dissemination, user validation of the UI, based on smart impact indicators, writing of training material based on the working records. The workflow planned and followed by the task team has been focused on the semantization of the datasets, realized by use of free and open access tools: the data are stored in CKAN, and so far the KARMA data integration tool was used to map the different types of data, while also X3ML is being evaluated as a tool useful to the project’s purposes. A transformation from different file formats has been, in fact, key in order to foster data integration, going from the acquisition of materials organized by each discipline standards (such as EAD – EAC, ICCD entries, TEI) to their transformation in the CIDOC-crm ontology. Such a system will allow each user – and especially those coming from research institutes – to get open access to a unique data lake, where both the original resources and their triples (RDF), could be visualized and, if needed, downloaded. The RESTORE approach and the technological solutions developed can be extended to other projects, and therefore reused in similar contexts by other institutions within the GLAMs, the Digital Humanities and Heritage Science research communities.

The project development will benefit from the collaboration with DARIAH-ERIC (ESFRI Landmark for the humanities and social sciences) and E-RIHS (ESFRI project for the heritage science), as well as the European Open Science Cloud (EOSC). In this respect, the development of the RESTORE digital platform will be aligned with the SSHOC* and the IPERION-HS** projects, with the aim to deliver a toolkit for heterogeneous data modeling and integration, as well as  to establish a set of good practices for the research data management  and storage. (*Social Sciences and Humanities Open Cloud – SSHOC, the reference Social and Cultural Innovation thematic cluster for the EOSC, funded by EC under the H2020-INFRAEOSC-2018-2 topic: http://sshopencloud.eu; **Integrated Platform for the European Research Infrastructure ON Heritage Science – IPERION-HS, project funded by the European Commission, H2020-INFRAIA-2019-1, cfr. https://www.iperionhs.eu/).