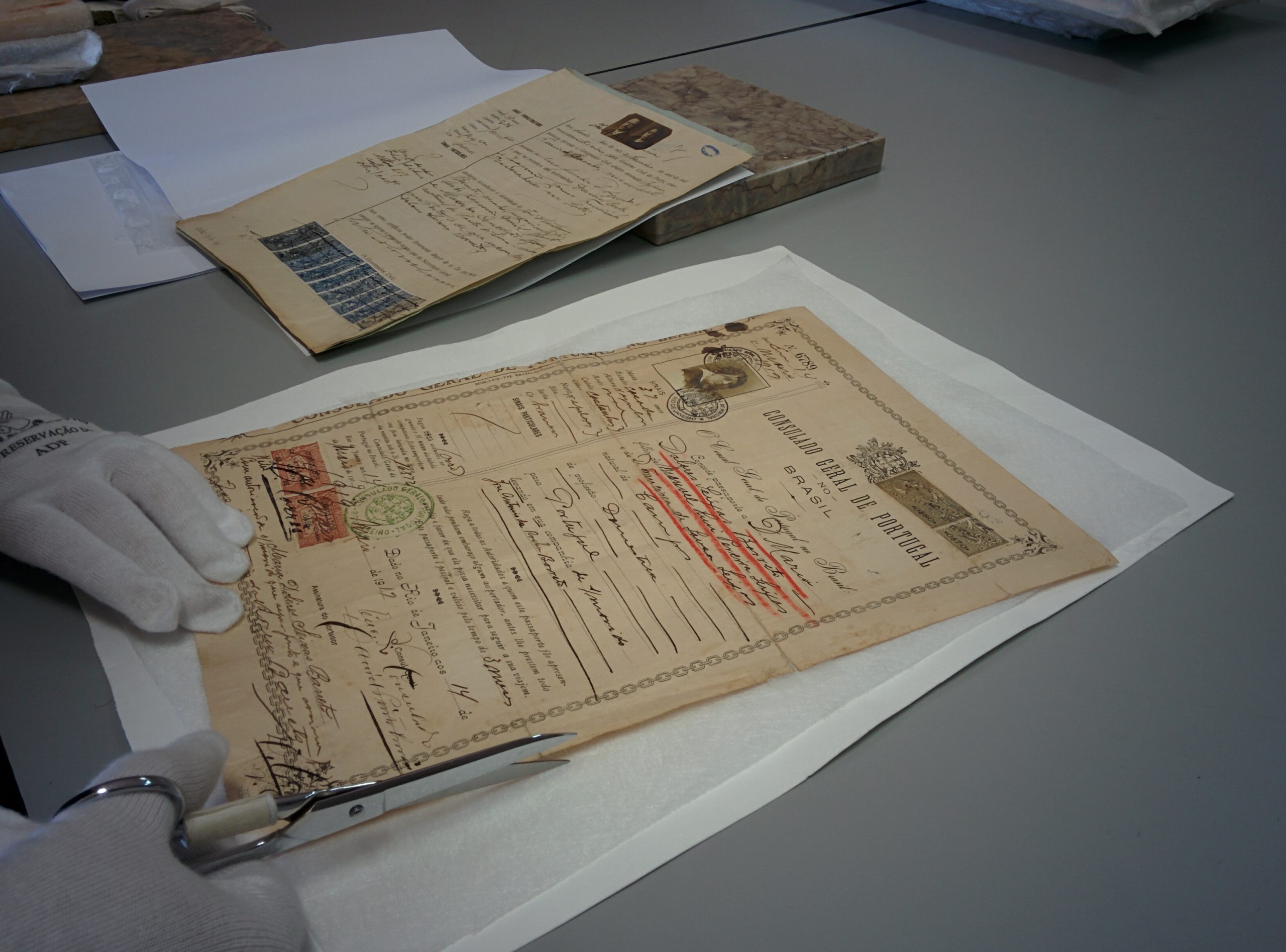 Safeguarding heritage at risk in Ibero-America

For over two decades our Time Machine partner the Subdirección General de los Archivos Estatales (Spanish State Archives) has been steering a programme fostering the cooperation in the field of archives between the Spanish peninsula and Ibero-America. A look back written by Cristina Díaz Martínez (Deputy Director of the Spanish State Archives and Technical Secretary of Iberarchivos Programme).

The archives preserved in Spain, Portugal and Latin American countries, due to their own historical development, which goes beyond the current borders of the States, are an exceptional example of common documentary heritage, motivated by the existence of a shared history, in some cases for more than three centuries.

This mutual interest in archives on both sides of the ocean, and the awareness of the importance of this shared archival heritage, led to Spain’s initiative to join forces to create a common programme of archival cooperation. Since 1998, the Subdirectorate General of the State Archives of Spain has held the Technical Secretariat of the Iberarchivos archival cooperation programme, as a voluntary and solidary contribution of the Spanish Administration to the horizontal cooperation with Ibero-America in the field of archives.

During these twenty-four years of work, numerous cooperation actions have been carried out in all aspects related to archive management. In this context, we would like to present the Iberarchivos Programme in different international cooperation actions for the preservation of documentary heritage at risk.

The Ibero-American Conference is a mechanism for political coordination and cooperation, created in 1991 within the framework of the First Ibero-American Summit of Heads of State and Government, held in Mexico, whose central focus is interregional cooperation in areas such as education, culture and institutional strengthening, among others. The Ibero-American Conference is made up of the Spanish- and Portuguese-speaking Latin American states, plus Spain and Portugal, all of them twenty-two countries with strong historical, linguistic and cultural affinities.

The Iberarchivos Programme was approved by the Ibero-American Summit in 1998 to promote access, organisation, description, conservation and dissemination of documentary heritage.

This programme, of which 18 Ibero-American countries currently form part, has an annual call for applications for aid for archival projects, one of the programme’s priorities being to carry out preventive actions against the effects of disasters on archives, caused by different types of catastrophes, such as fire, water, physical forces and meteorological phenomena or by human action, through acts of vandalism, sabotage, acts of war or simply accidental failures.

Between the first call for grants in 1999 and the last one approved in 2021, 1,395 projects have been supported in 23 Ibero-American countries. This programme is self-financed by the annual participation fees of the National Archives of the countries participating in the programme and by the voluntary contributions of the Spanish Agency for International Development Cooperation (AECID).

Throughout these years, the Programme has shown a clear aspect of solidarity in the case of natural disasters. Some examples that we could highlight from among all those carried out could be, firstly, the intervention after the earthquake in Haiti in 2010, in which its National Archives received first aid technical assistance from the General Archive of the Dominican Republic. Another notable example would be the earthquake in Ecuador in 2016, in which, thanks to a project of the Iberarchivos Programme, a census was made of the damage to 80 archives affected by the earthquake in different provinces. In 2017, the headquarters of the National Archive of Puerto Rico, devastated after the passage of Irma and Maria, was rehabilitated. Finally, in 2020, the overflowing of a river in Piura (Peru) caused the flooding of the Central Archive of the Superior Court of Justice, where rescue, cleaning and conservation measures were carried out for 100,000 affected files. These are just a few examples of the solidarity and horizontal cooperation nature of the Programme, in which countries with greater technical capacity provide their services to countries in need.

In the framework of prevention, we could highlight a research project carried out by the National Archive of Chile on the preservation of archives, which compiles in a single text the knowledge installed in Ibero-America on natural disasters and how to respond to these phenomena from the archives. The text analyses the situation of Ibero-American archives and addresses the development of emergency management plans.

These are just a few examples of the work carried out by Iberarchivos, but they are a good example of the firm intention of the countries that belong to the programme to cooperate in solidarity and to advance together in the preservation of the shared heritage of common interest to the countries of the region.

The Iberarchivos Programme also contributes directly to the objectives of the Memory of the World Programme through the development of policies and projects that are fully aligned with UNESCO’s vision, but with the peculiarity of being limited to the regional scope of Ibero-America. We also work to ensure that the documentary heritage belonging to Ibero-American citizens is preserved and protected for all, in full recognition of Ibero-American cultural diversity.

In this regard, we must highlight that in 2016 the Iberarchivos Programme received the UNESCO/Jikji Memory of the World Prize as a distinction for the work carried out and as a transcendental contribution to the preservation and accessibility of documentary heritage as an element of the common heritage of humanity.

Impressions of the cooperation activities