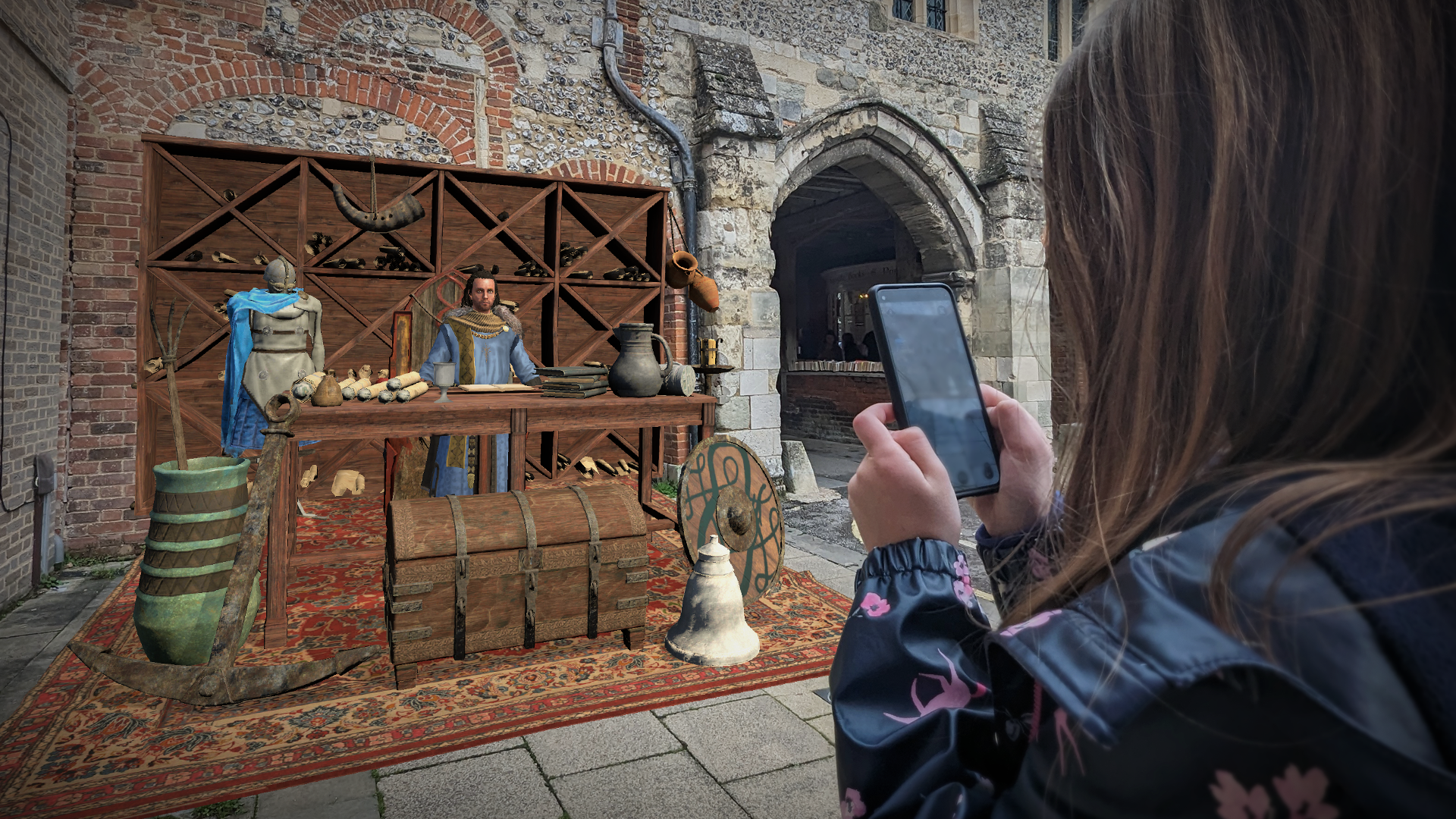 Our partner Ubisoft has launched a new video game, showcasing how a global game publisher can work with a regional heritage charity – together they recreated Anglo-Saxon Winchester using a video game.

878 AD is a brand new visitor attraction in Winchester, UK, that utilizes the video games Assassin’s Creed Valhalla and Discovery Tour: Viking Age to reimagine the city in the 9th century.

The experience, which is a cultural collaboration between Ubisoft and Winchester-based charity Hampshire Cultural Trust, is organised in two parts. The first is a physical attraction that, through a mixture of video projection, interactive exhibits, Anglo-Saxon objects and live performance, puts visitors in the shoes of the people of Winchester as they await the outcome of the crucial Battle of Edington against the Viking Guthrum in the year 878. The second is an augmented reality app, developed in collaboration with Sugar Creative, that visitors can download on their phones and take out onto the streets of Winchester to explore the city’s past, completing games and activities on their way. The entire experience has been built using assets from Assassin’s Creed Valhalla and the educational experience Discovery Tour: Viking Age in an unprecedented collaboration between Hampshire Cultural Trust, a regional UK heritage and arts organisation, and Ubisoft to take visitors back to a pivotal point not only in the history of the city of Winchester, but also in the history of England.

Winchester is a major location in Assassin’s Creed Valhalla, ruled by Alfred the Great, a primary antagonist in the game. Ubisoft’s internal research team had to dig deep into historical sources, descriptions, and plans, and consult external experts to reconstruct the city in the game.

878 AD is breaking down barriers of learning and brings to life a moment in history.

“We see 878 AD as having strong impact for Ubisoft and for the video game industry in general, using our content to contribute to culture and education, adding value in the learning process.”