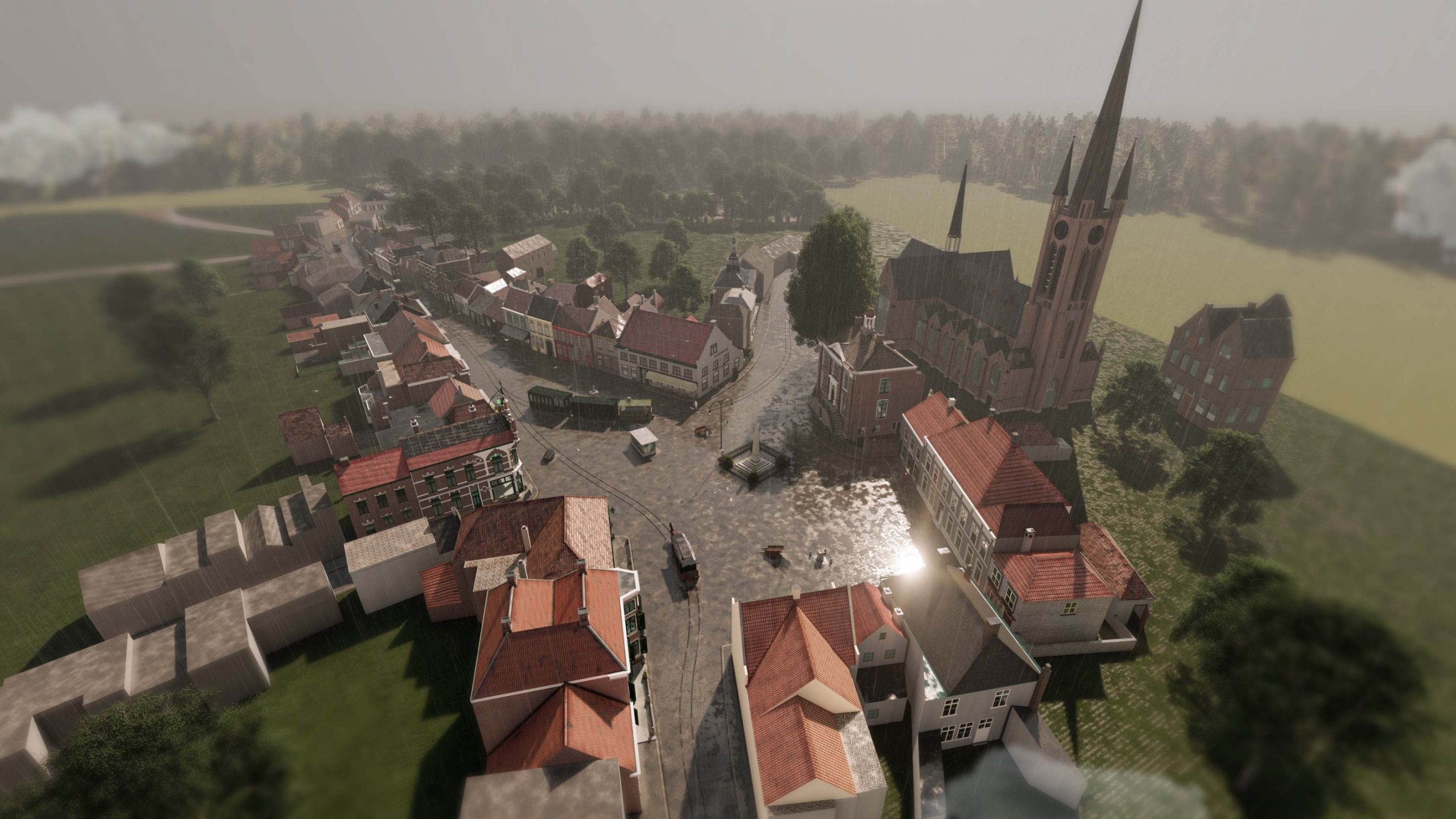 Virtueel Princenhage – reconstructing the village of the year 1900

The Haagsemarkt in Princenhage was once a meeting place for the local population and farmers and horticulturists from the surrounding area. It was the central place for parties, markets and shopping. Residents got their water from the pump (the rich from one and the poor from the other), travellers to and from Breda, Antwerp, Bergen op Zoom and Rotterdam stopped and exchanged the latest news.
Vincent van Gogh once also walked here when he visited his uncle’s studio. And perhaps Mozart too, on his journey from Antwerp to Rotterdam.

The Local Time Machine project “Virtueel Princenhage” wants to retell the history of 1900 by virtually recreating the village from that time in 3D, so that you can walk through the streets from the screen and virtual reality glasses and hear the stories that belong to that history.

The team behind the project calls on all citizens who might have photos, building plans etc. available on the historic centre of Princenhage available to share with the project in order to progress the re-emering of the village. Please visit their website for further details.

The Virtueel Princenhage Foundation started three years ago with the ‘digital rebuilding’ of the village of Prinsenhage in 1900. Nowadays, you properly spell the name of the most beautiful village in Breda with a c – Princenhage. The Foundation set to work with a group of volunteers on this ambitious plan and works with enthusiasts who draw the houses in their spare time, search for old construction drawings, aerial photos, cadastral material and stories from residents.

With financial support from the municipality, a powerful PC was purchased on which drawing software can run properly. The draftsmen work with the Sketchup program to draw the buildings and with Twinmotion for rendering. They have mastered the intricacies of 3D modeling with the support of digital designer Tom Lagendijk of bureau De Bom, whose expertise is much appreciated. And we are making progress!

Visualising the beauty of the past

In 2022, the team significantly expanded the built environment. In total, about 1,000 meters of facade wall of Princenhage from the year 1900 has now been recreated. Including historically appropriate street furniture. It is especially a challenge to digitally resurrect homes that had to make way for new construction. If you now see the 3D images of what the old Heilaarstraat used to look like, you will be amazed at all the beauty that has been broken down. It is the mission of the project to increase the awareness of historical value among the public and certainly also among politicians. Visualisation helps with this, which is also the added value of our work.

From drawing to rendering

The first steps are now being taken to render all the work drawn in Sketchup, so that the construction-technical images (fig. 1) start to look photo-realistic. The first test images of that rendering have recently been completed. Figure 2 shows one of the proofs. The addition of environmental elements such as air, weather, pavement and plants gives a beautiful effect. You get to ‘feel’ how the village looked like in 1900. It is also nice that we can demonstrate the tram that drove through the village more realistically through the streets. In that period trams ran to Oudenbosch, Etten-Leur, Bergen-op-Zoomen and even to Belgium. In Breda the canal still reminds of the name Trambaan.

When you walk through the village you will also see that Princenhage was traditionally a farming and horticultural village. Many poor, low-skilled workers lived here, with large Catholic families where work was central. Hence the village was composed of much smaller houses, some with a first floor but mostly not. Often the people had a large vegetable garden where they sometimes kept animals. Many people also had two professions, gardener and butcher for example. You were a butcher in the months of October and November, and the rest of the year the other profession.

The foundation’s building plans now extend to the streets that open onto the Haagsemarkt: the Dreef, the Doelen and part of the Liesbosstraat. We´ve got enough work ahead of us!