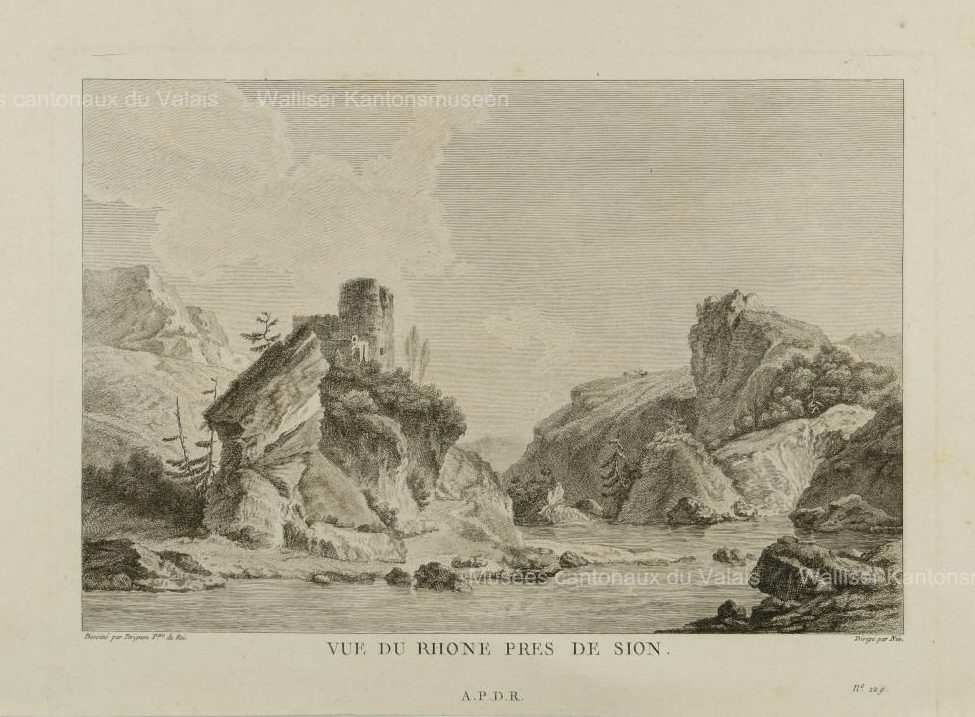 From 21-22 October the team of the Valais-Wallis Time Machine organized an interdisciplinary hackathon on the theme: “The Rhône and its links with the city of Sion through the centuries.”

The prize of CHF 5000 was shared by two teams: the NF-Art Team and Napoleon Team.

The Valais-Wallis Time Machine Association, which aspires to digitally simulate 10,000 years of the history of the Valais-Wallis region in Switzerland, organized this hackathon combining history, heritage and technology aiming to reconstruct the riverbed of the river Rhône in Sion (CH) in the 18th century based on historical resources. An endeavor that has never been undertaken before.

The participating teams had 36 hours to carry out a reconstruction of the Rhône plain at the end of the eighteenth century, located in the south of Sion. This area concerned covers the range from La Borgne to the Domaine des Îles.

This task was an absolute first as no visualization of this type had been carried out to date. The task was comprised of the following frameworks and objectives:

Evaluation criteria for the hackathon

“We have been keeping plans of the region for centuries. The transition from 2D to 3D opens new perspectives for historians and the general public. Thanks to this hackathon, we perceive the potential of this type of technology. We look forward to continuing to digitally simulate and explore the 10,000 years of history of Valais.”

“The historical re-enactment carried out during this hackathon takes a new look at the relationship between the inhabitants of the region and their river, the management of the territory of the Rhône plain and its resources. We often have in mind the myth of a marshy and unproductive plain. After immersing themselves in maps, acts, stories and engravings from before the nineteenth century, the hackathon participants quickly realized that this is not the case at all. A better knowledge of our past can help us to better manage our common heritage, particularly in connection with the 3rd correction of the Rhone.”

Muriel Borgeat-Theler (Historian and specialist on the Rhône)

Results of the hackathon